Patrol Time: Goal Setting (Financial)--I gave them the information on how many cases of cookies we had to sell and how much money our unit would earn. Then I gave them a list of activities we can do from now to the end of the year and had them choose what they wanted to do with the money. (Budgeting, Word Doc)

Horseshoe--We talked about what they had planned. 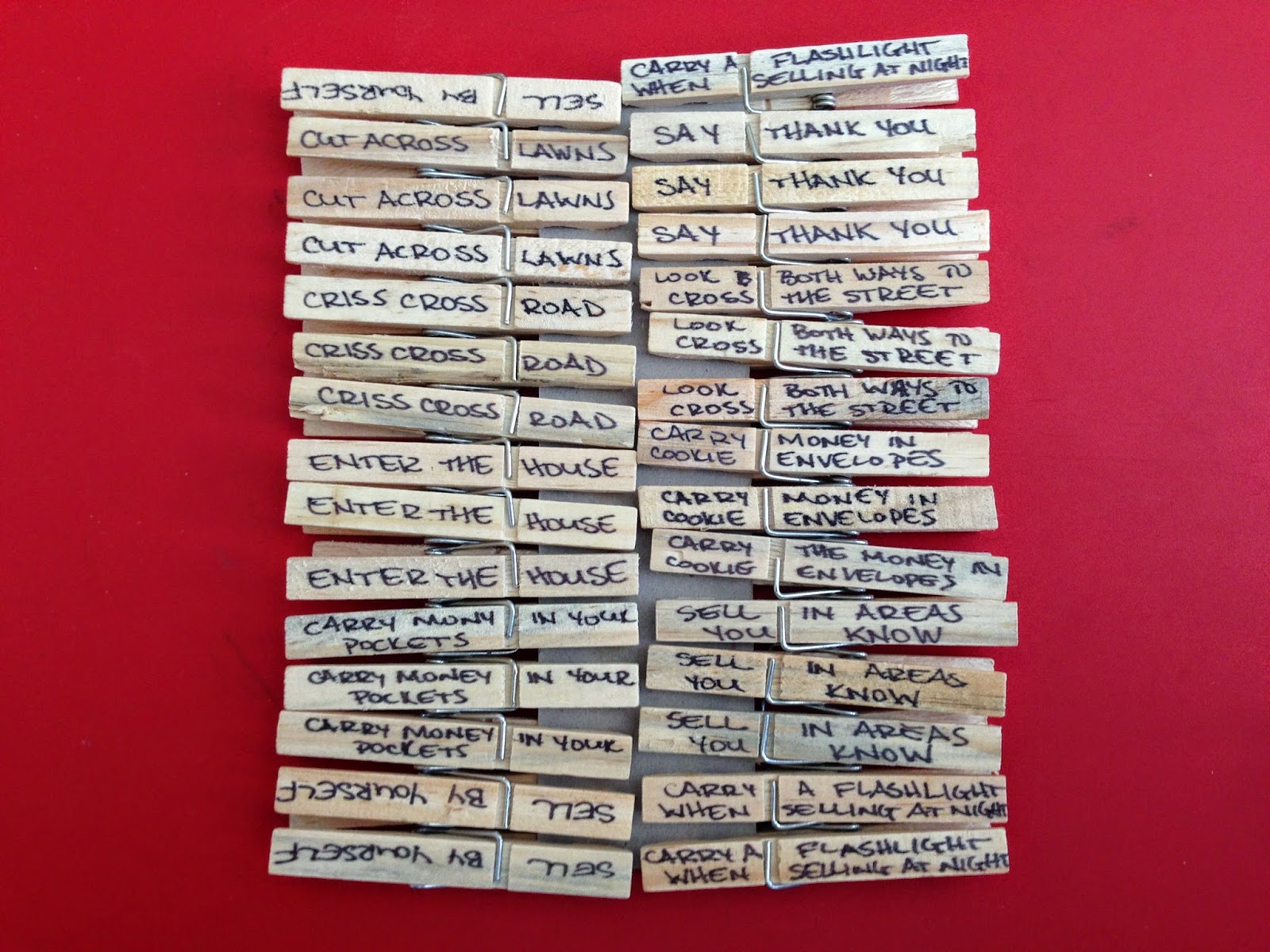 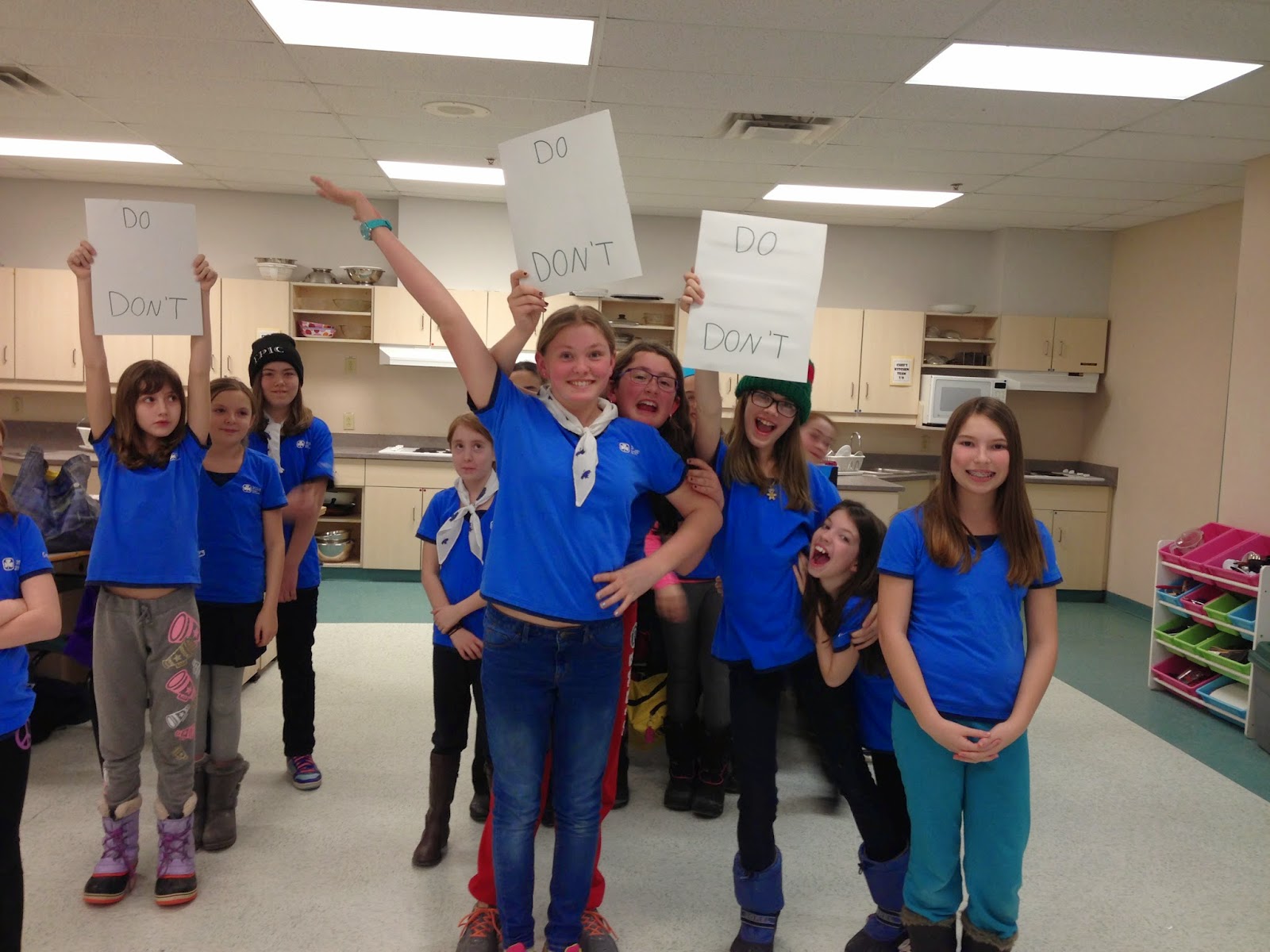 Business (Etiquette)--Dos and Don'ts relay game--I modified a game the girls suggested last week. I wrote a number of things you should and shouldn't do while cookie selling onto clothespins. Then we gave them pieces of cardboard that had DO and DON'T written on them. The clothespin were put in a pile and they had to run up and pick a clothespin and put it in the right spot on their board. There were 3 of each item (one for each patrol), and they couldn't use the same one twice. Once they had finished, we went over each item and talked about why it was a Do or a Don't.

Social (Teamwork)--I searched for some new Team Building activities and found a booklet from 4-H Club. (Team Building Activities, PDF). We chose Team Body Spelling (YaO1#2):
1. Divide into two teams. Decide on 1 or 2 judges.
2. Three people at a time form the first letter with their bodies on the floor. We had the girls choose a word and they suggested G-U-I-D-E-S
3. Once accepted by judge(s), the 3 must run back to team, and next 3 leave to form
the next letter.
4. The winner is the team that finishes the word(s) first and sits down.

GGC (Public Relations)
Make Cookie signs--We had the girls work in groups of two to make posters that we can use while cookie selling. (YaO3#2) 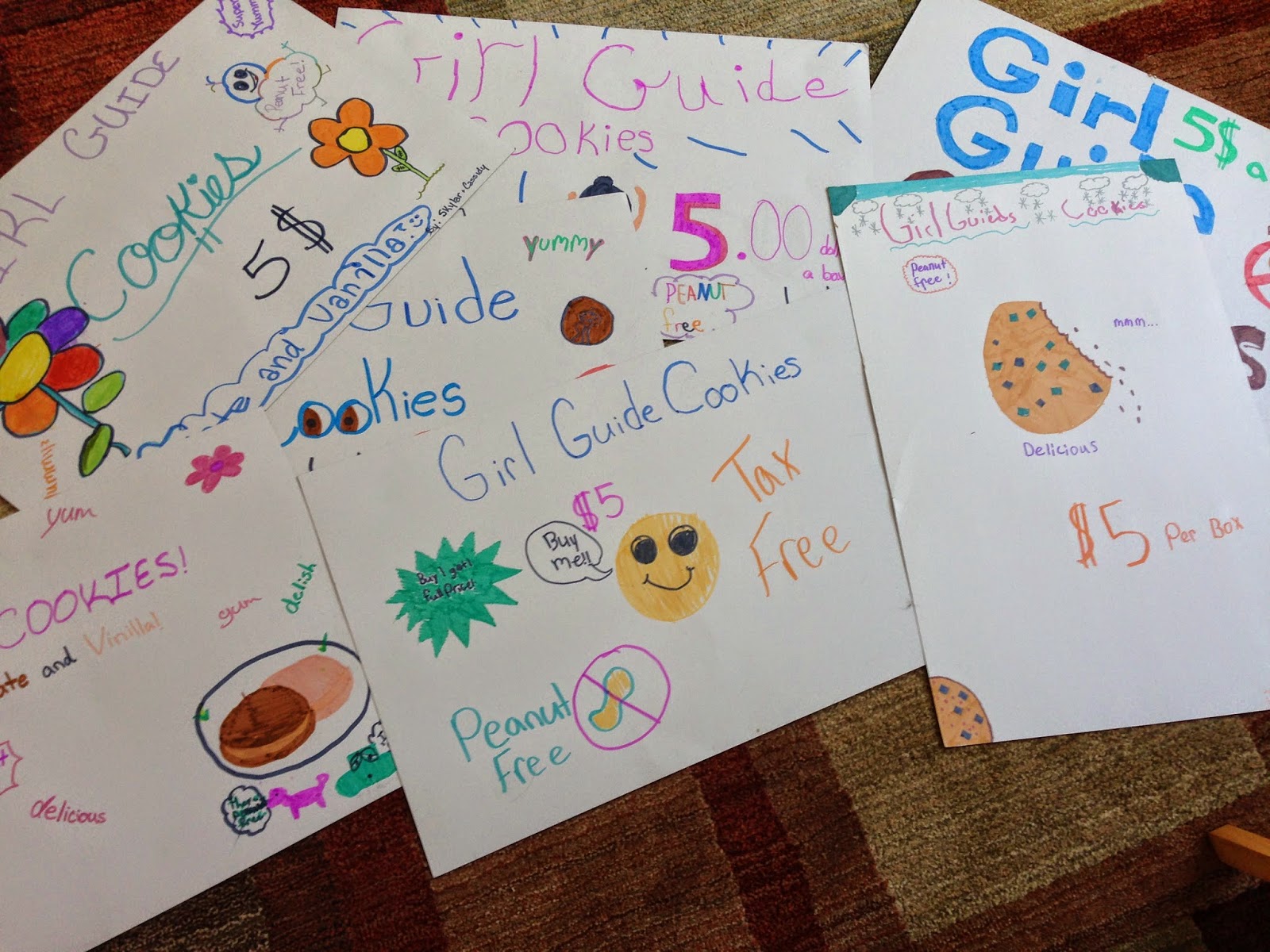 Email ThisBlogThis!Share to TwitterShare to FacebookShare to Pinterest
Labels: badges, games, you and others