We used two meetings to complete the singing badge. The first meeting was a lot of planning and talking and the second meeting had a whole lot of singing!

Meeting 1:
6:30-7: Patrol Time--We gave them a worksheet to fill out, coming up with different types of songs required by the badge and each of them planned a short campfire we could do with the Brownies. (Singing worksheet, Word doc) (S#1, S#2, S#6) 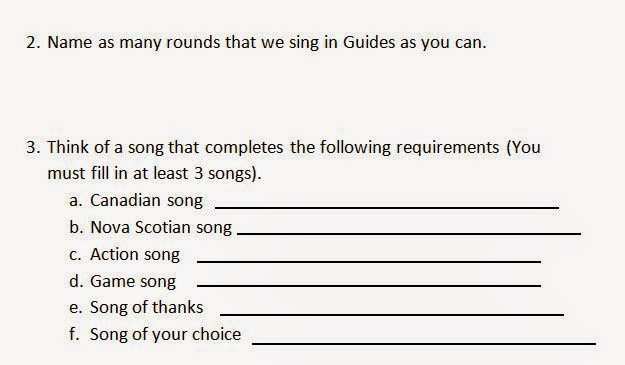 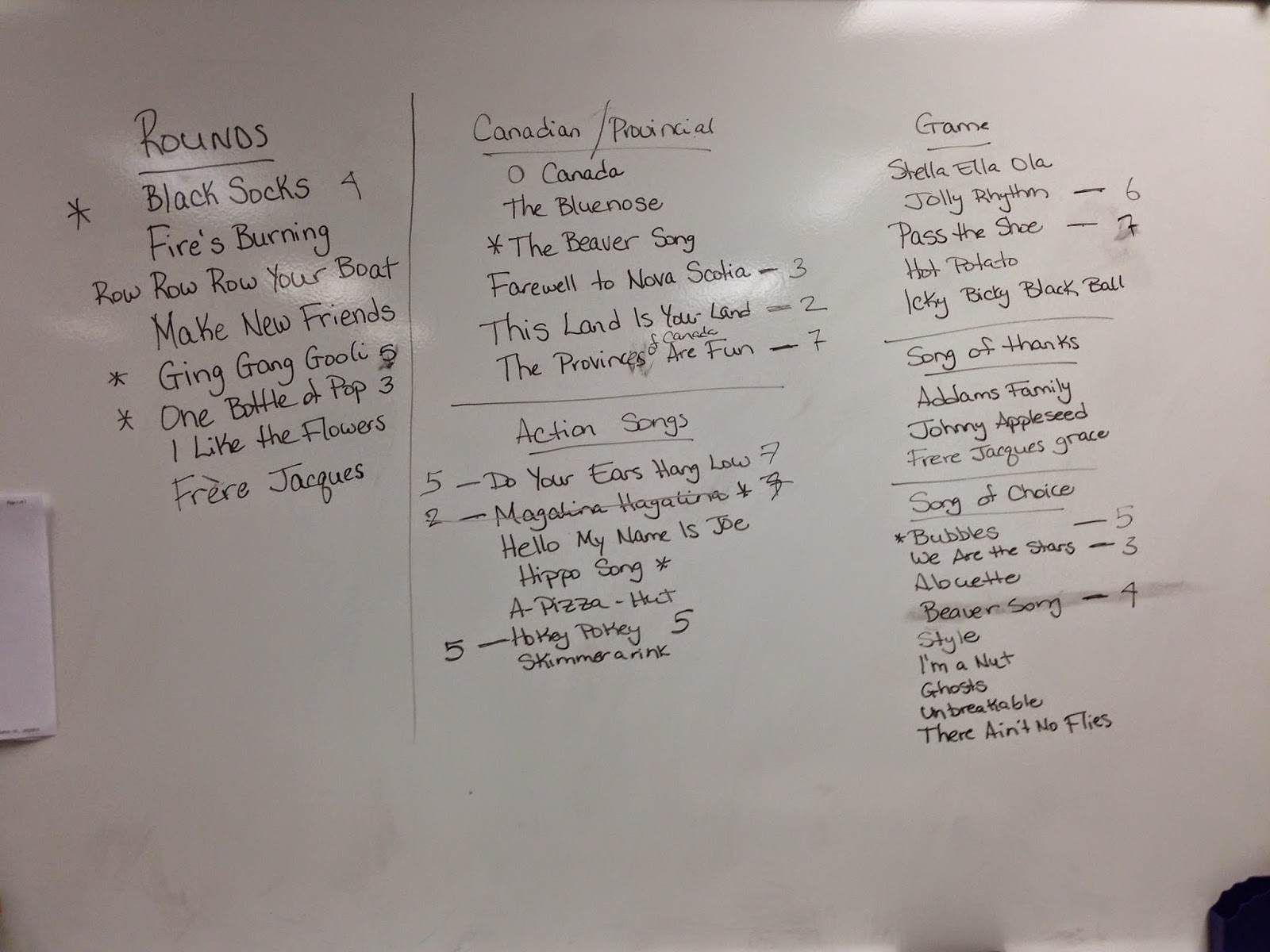 7:00-7:30: Horseshoe and Discussion--Everyone got to share the songs they thought of (and we sang snippets of a lot of them). Then we voted in each category to decide which songs we would sing for the badge. To vote,we had the girls close their eyes and raise their hands, so they couldn't see what everyone else was voting for. (S#1, S#2)

7:30-8:00: Research! We brought laptops and tablets (and meant to tell the girls to bring their own if they had them, but forgot) and we had them draw names of Canadian singers to research. Ideas included Bryan Adams, Justin Bieber, Drake, Jann Arden, Anne Murray, Denny Doherty, John Allan Cameron, Classified, K-OS, Hedley, Alanis Morissette, Rita MacNeil. A number of ours were also from Nova Scotia. We had them find out some information about the singer--where they were from, what band/songs they were famous for, anything else they found interesting. After research time, each girl shared her information with the rest of the group. (S#7)

8:00-8:20: Planning--Finally, we planned a Teen Tween Idol contest. We asked them to get in groups of 2 or 3 so they could work on a song together over the next couple of weeks. For girls who didn't want to sing in the contest, they were to be judges and the judges were tasked with coming up with ideas for categories the groups win. They love doing Talent Shows at camps so we knew they would like this part of the badge. (S#5)

Meeting 2:
6:30-7:00: We finished planning the Brownie campfire. We used the songs they had voted on the week before and since the Third Years had the opportunity to lead when we did Gym Games a few weeks ago, I wanted the 2nd years to have the opportunity to do the leading. We have one 2nd year who is new this year who didn't really know enough songs to lead (and is quite shy), we had her introduce each song and who would be leading it. They all did a great job teaching the songs. (S#6)

7:00-7:30: The Brownies meet in the same school as us, so we invited them to come and sing some songs with us. They had a lot of fun and asked us for some names/lyrics of the songs they sang so they could sing them with their girls when they go to camp soon. (S#1, S#2, S#6)

7:30-8:30: Tween Idol! We let them have 15 minutes to rehearse/change while we consulted with the judges about what the categories were that they'd be judging them on. I made up awards to give out and suggested that the judges make sure everyone wins something. (S#5, S#8)

The girls did a great job! This group really loves to sing and perform. :) 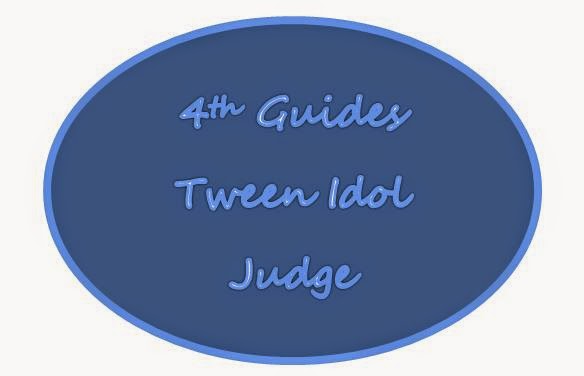 Email ThisBlogThis!Share to TwitterShare to FacebookShare to Pinterest
Labels: badges, girls creating, you and others