In looking at the Curacao Twinning Project, I thought there was a way we could incorporate the activities in the Travel badge and the Cultural Awareness badge. So we're going to spend three meetings on Curacao and hopefully earn a bunch of program!

(As an aside, has anyone else noticed that the Travel badge skipped #5 and only has 7 requirements?)

6:30-7:00 Patrol Time: Fill out a Child's Canadian Passport application. I printed off a copy for each girl to fill out. They fill out so few forms on their own that it took them a while to get through this. Not many had finished by the time we called horseshoe! (T#4)

7:10-8:10 Once girls completed filling out their passport applications, we gave them a Passport to Curacao, with a number of activities to complete. We set up stations and let them wander on their own and complete their passports at their own pace. A few of the stations required leader guidance. We took their picture so they could glue them into their passports. 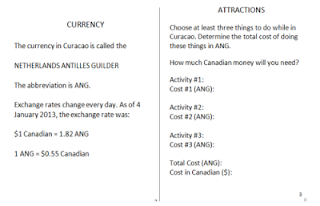 Station one involved deciding which attractions to do while in Curacao (T#2) and then figuring out the costs in Curacao money and converting the costs to Canadian money (T#6).

I researched the attractions ahead of time and printed them off for the girls to pick from. They also need a calculator to help with the currency conversion. 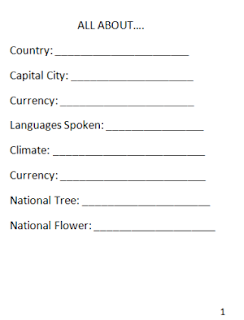 I printed off the first four pages of the Twinning Challenge and the girls had to look through the pages and find the answers to the questions. (T#2) 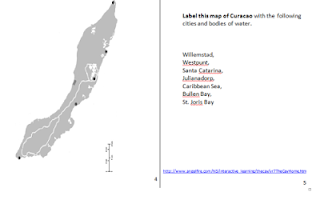 I found this mapping activity on the internet. It was a way for the girls to learn a little bit about the island and where it is in relation to Nova Scotia.  (T#2) 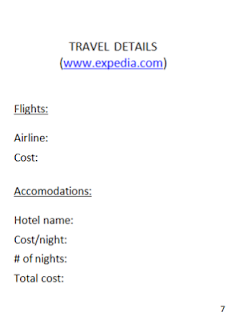 Since we have WiFi at the school, we brought in four laptops that we set up so the girls could learn how to book things on Expedia and get an idea of how much flights and hotels cost.

We let girls work in twos to find their flights.  (T#2)

There was also a flag in the passport that the girls could colour when they finished the other stations or were waiting for a station to be free.


8:15-8:30 Learn the Promise and the language. The final two pages in the passport had the Curacao promise written in Papiamentu and the translation. We read the Promise in English and discussed the differences between their Promise and ours. (YiG3#1)

And finally, I found a song in Papiamentu called Fire's Burning. The English translation isn't anything like ours but the rhythm fits with ours. So we learned to sing it in Papiamentu. We're going to do it the next few meetings, and hopefully we'll know it well enough to teach it to our District at our Thinking Day party.

Email ThisBlogThis!Share to TwitterShare to FacebookShare to Pinterest
Labels: adventures in guiding, badges, challenges, you in guiding