We wanted to complete the Try New Things square, so I was trying to think of things we could do. Then I thought of my cousin-in-law, who recently opened up a print studio with her twin sister, called Double Dare Print Studio, where they make really cute greeting cards, post cards, etc. I wasn't sure what their space was like, so I contacted her to see if they could accommodate showing 20 girls what they did.

Unfortunately, their space was smaller than I thought, but I also knew they did a demo at an art gallery one weekend, so I asked her if their equipment was portable and if they could come to us. She thought that was a wonderful idea!

She figured they'd need about 45 minutes to explain to the girls what screen printing is and how it's done and then they'd have a project that the girls could complete and take home. And since it was coming up to Valentine's Day, we'd finish the night with a small Valentine's Day party, with some games and treats.

6:30-6:45--Arrival
We didn't give them a task for Patrol Time, but just gave Bryanna and Alyssa time to set up their equipment. 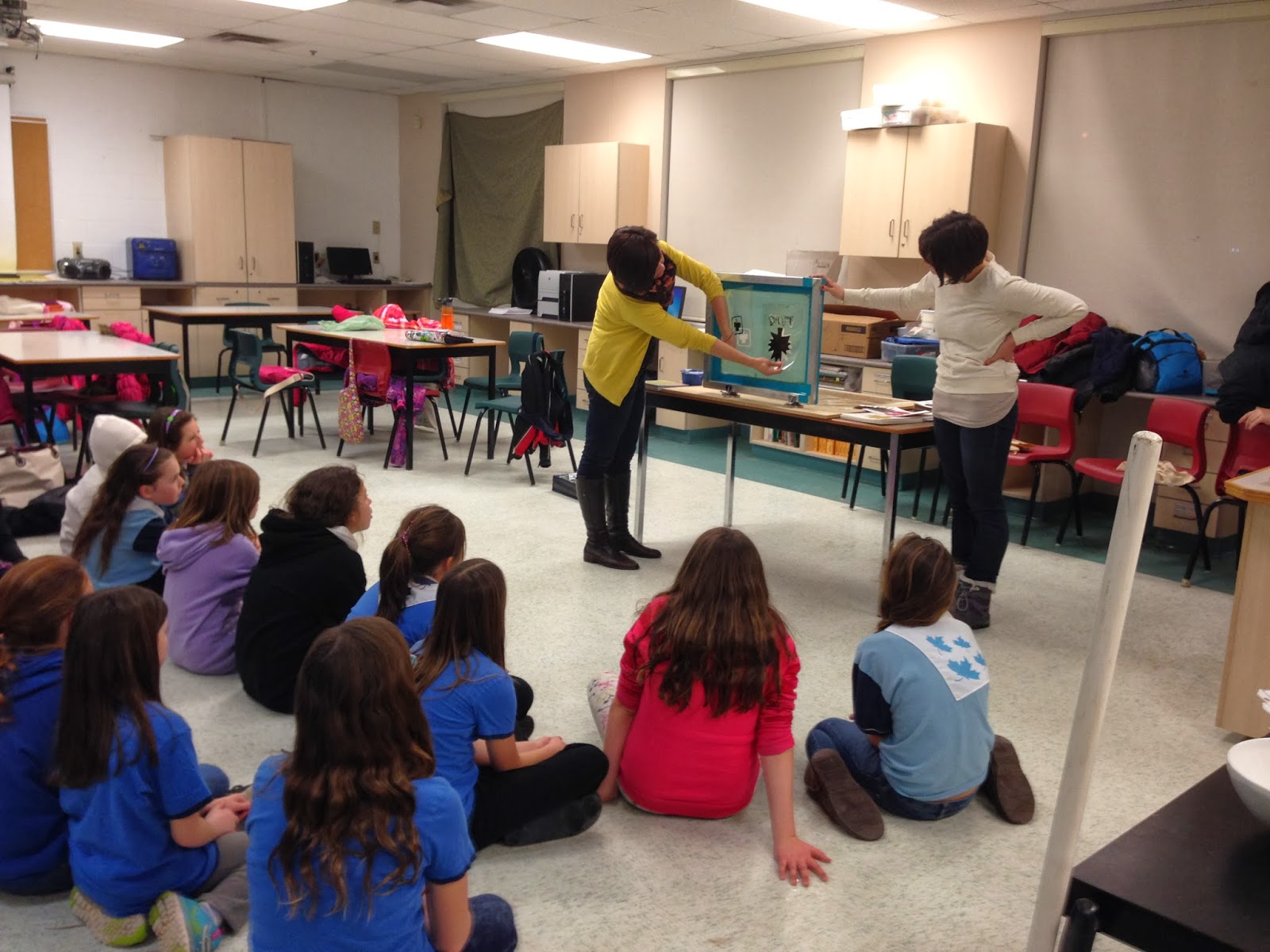 They explained to the girls their background in art--they both have fine arts degrees--and then the basics of how screen printing works. (DY2#4)

Bryanna created a design especially for us. They wanted to use two colours, so they preprinted the first colour for everyone so there would be time for them to dry. They explained how they got the design from Bryanna's drawing to becoming something that was capable of being printed many times. 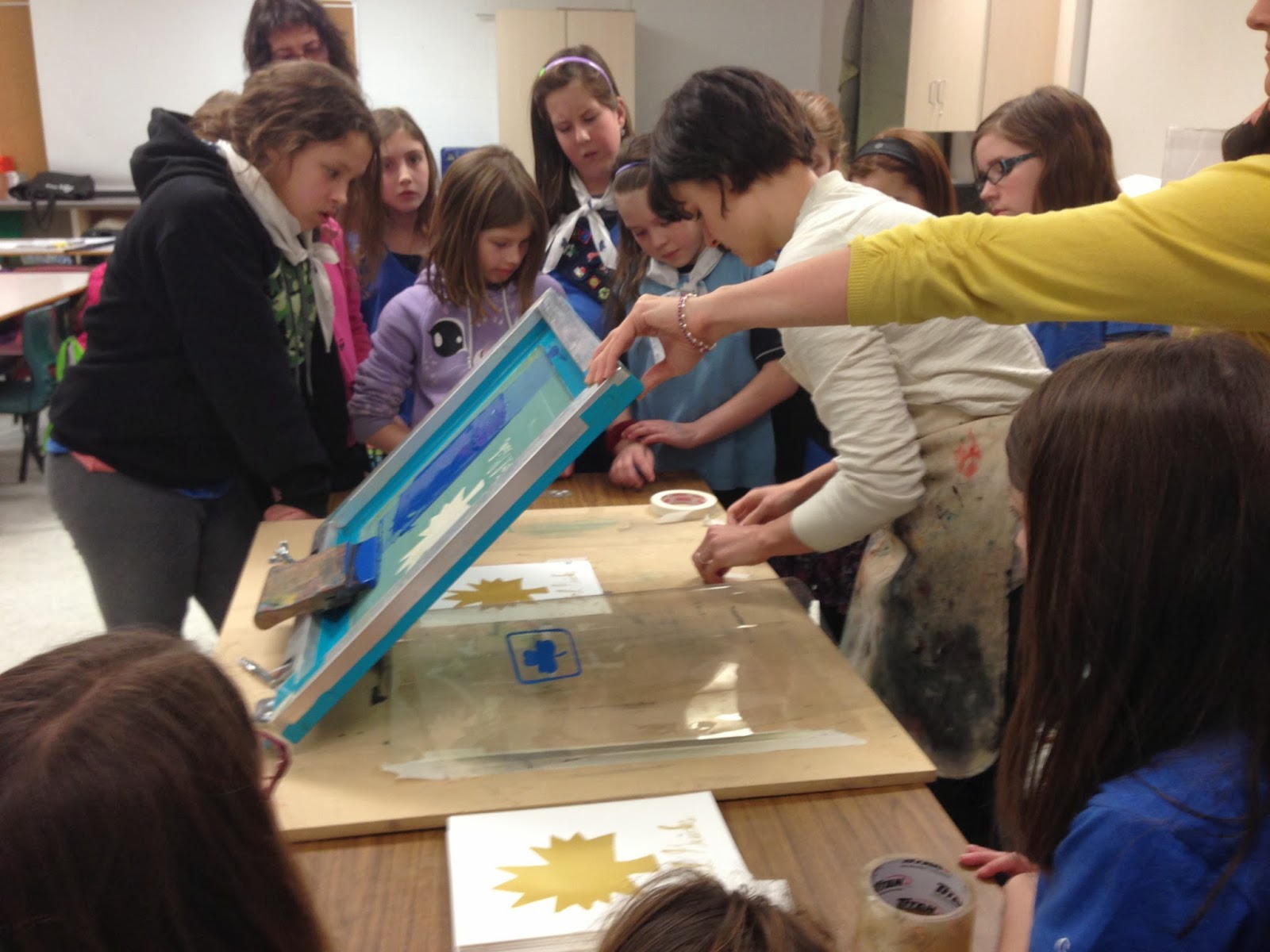 It was really interesting to see how it's done! They showed us how to place the design where you want it and how to make sure each subsequent print would be placed similarly, so they turn out mostly the same.

Then each girl got a chance to put the blue trefoil design onto the gold maple leaf. Once all the set-up is done (the hard part), the printing part is very straight-forward and the girls did a great job making their prints. Then the all wanted Bryanna and Alyssa to sign their prints! It was really cute. (BY3#6)

7:45-8:15 Valentine's Party
Once we finished the screen printing, we got to have treats! I made heart-shaped cinnamon cookies, and we brought icing and sprinkles so the girls (and leaders and guests) could decorate their cookies. 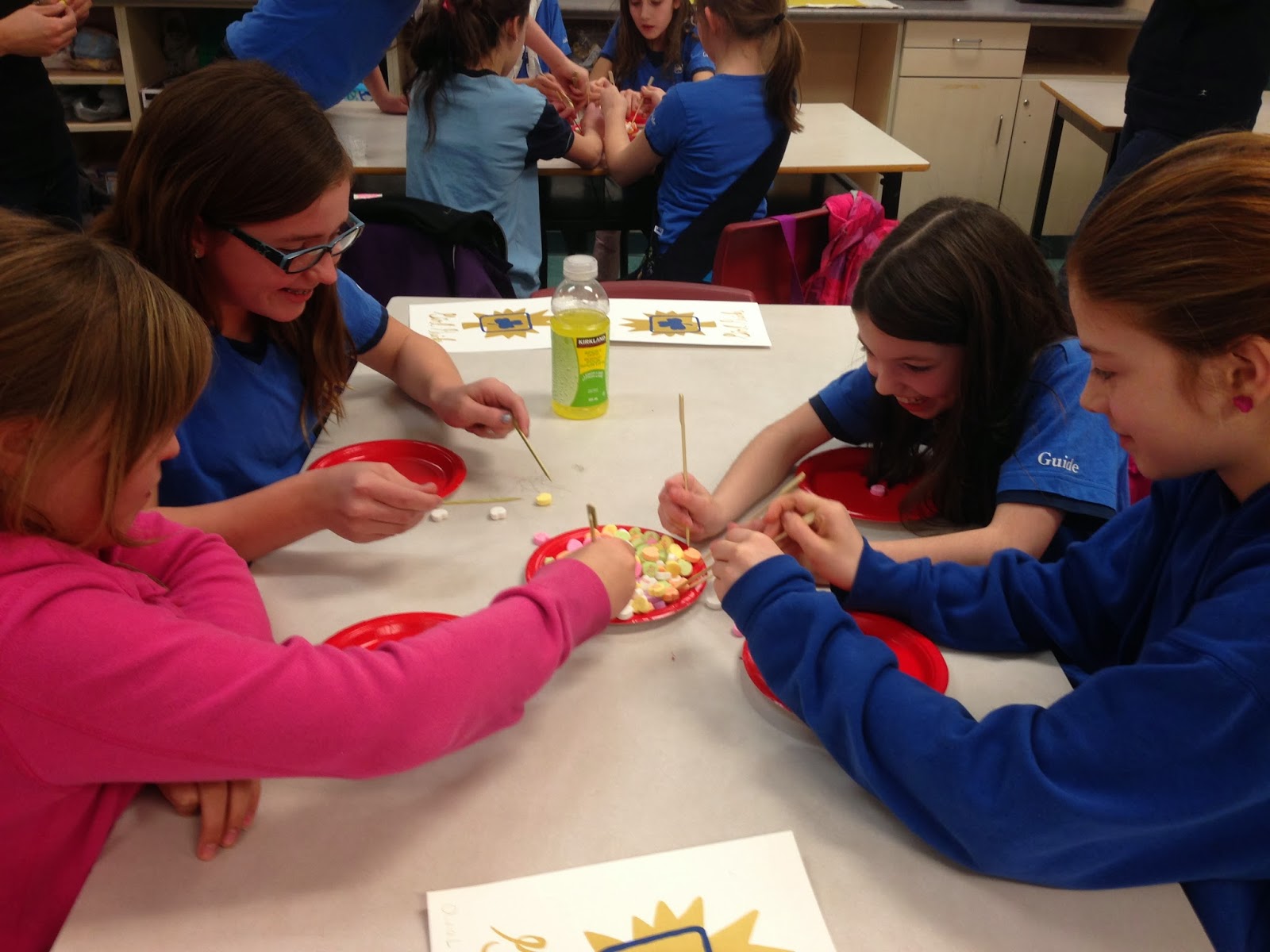 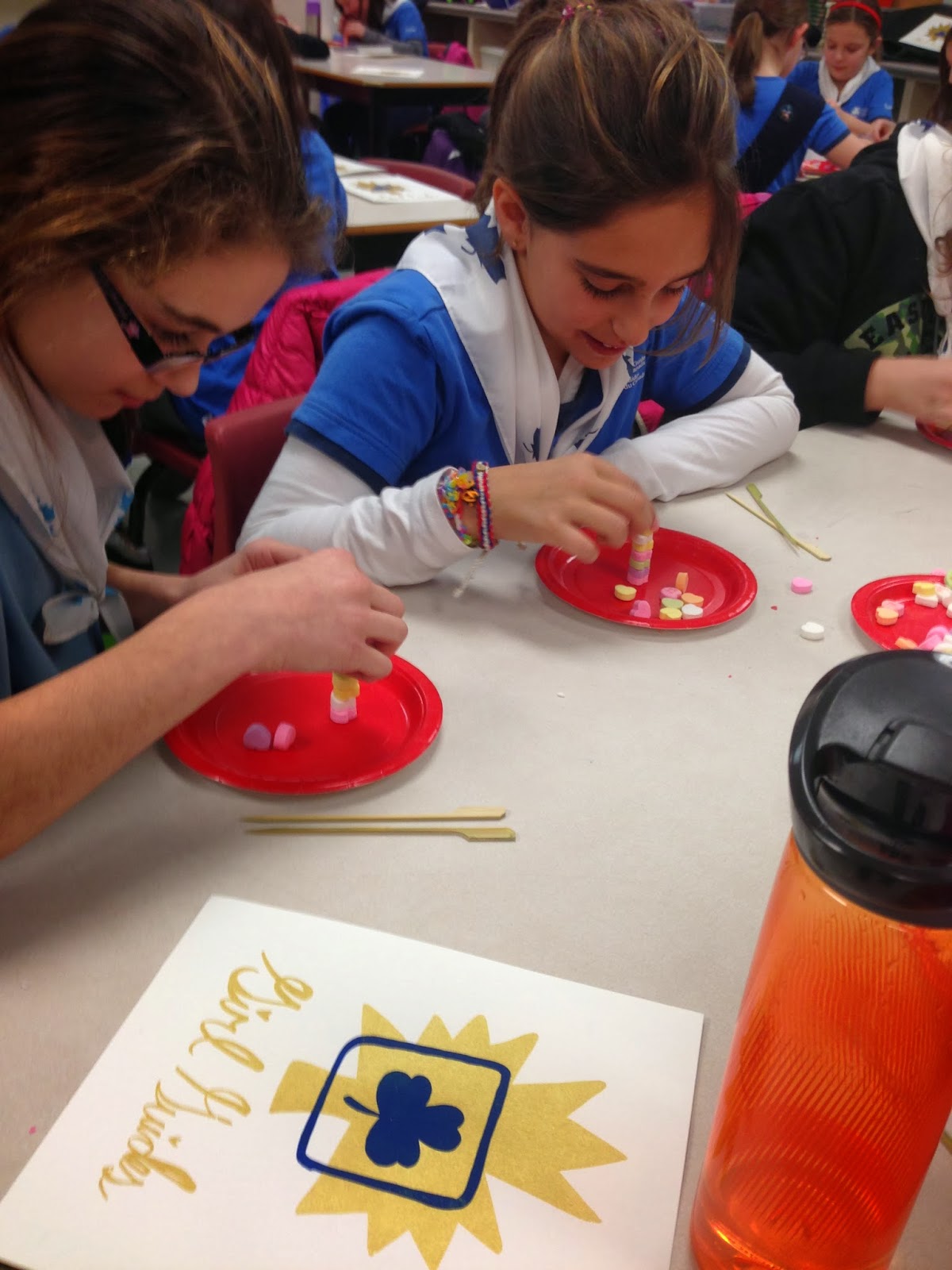 Then we played some games that I found on the internet--Valentine's Minute-to-Win-It. We bought lots of candy hearts and gave them plates and chopsticks.

The first game, they had to see how many candy hearts they could transfer from the middle plate to their own plate in a minute, using only chopsticks. They had fun with this!

The second game, they had a minute to stack the candy hearts as high as they could. Again, lots of laughs and some concentrating for this game. They liked the games quite a bit and we played each one twice. We had some little prizes (pencils, erasers, etc) to give to the winners.

Thanks so much to Double Dare Print Studio for coming to see us and teaching us all about screen printing. The girls learned a new thing, and then I realized that this also covers bringing a local artist to your meeting to learn about their craft!

Email ThisBlogThis!Share to TwitterShare to FacebookShare to Pinterest
Labels: beyond you, ceremonies and parties, discovering you